THE PROVINCE OF SEVILLE 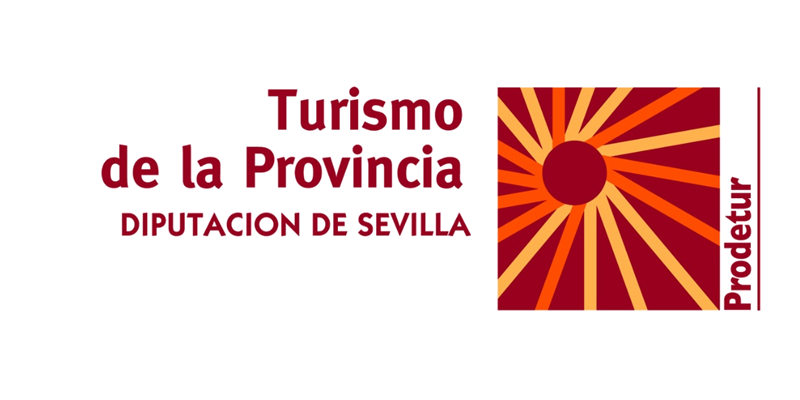 It is located in the southwest of Spain and is one of the eight provinces of the Autonomous Community of Andalusia. It has a population close to two million inhabitants, in a somewhat larger area of ​​14.000 square kilometres, distributing its population in 105 municipalities, plus the city of Seville, which in turn is the capital of Andalusia.

This southern province of the Iberian Peninsula opens to the sea via its marshlands and the river Guadalquivir and its tributaries, such as the Genil, Corbonés, Guadaíra, Viar etc., on the axis of the Baetic depression, crossing the province from east to southwest. One can highlight its special location insofar as the transport network that connects the area to other parts of Andalusia, Europe and the rest of the world.   Its major maritime, air, land and rail infrastructure contribute to the strong growth of the first order.

La Vega del Guadalquivir leads us to appreciate an important agricultural and agro industrial activity, due to the fertility of the land.  This primary industry is developed in the capital city and its metropolitan area, as well as in municipalities with more than twenty thousand inhabitants.   In the services sector, tourism is the main drive of the Sevillian economy. Its fauna and flora, its rich monumental and cultural heritage, its accommodation, cuisine, local festivals, fairs and traditions, and in particular its people, which all permit this millenary province to enjoy the vestiges and customs of former civilizations that have configured the current Sevillian personality.

The attractiveness of the province and its complete offer make Seville one of the most popular tourist destinations. The Aljarafe provides visitors with an ideal framework to understand the Tartessian, Roman and Arab past, spreading the alegría of its people and its wines. The Vía de la Plata, the Sierra Norte and the Sierra Sur reveal the secrets of the mountains in the midst of  rivers, roads, bridges, swamps and vegetation, with numerous leisure activities, associated with the outdoors and exquisite mountain cuisine.  The Guadalquivir-Doñana corridor, the splendid orchards and rice fields of the Province, brings us the flavours of crab and fish, marshland, rockroses and rosemary. Finally, La Campiña, boasts its beautiful towns and villages, the smaller sisters of the capital city; many just like her, engulfed by the waters of the Guadalquivir River - that keep the essence, monumentality and charm of the passing of the centuries.

The influence that the Rio Grande has produced in the province of Seville has always been important since days gone by.

This communion of land, water and toil has evoked the interest of so many peoples in this Province. The river’s valley is embedded between the Sierra Morena and the Baetic Mountains of Cádiz and Ronda.  The landscapes, its flora and fauna, are in constant change along the hundred-kilometre-long river course, as it also does at the estuary of the river, in the shape of the marshlands of the Doñana Park, former Roman Ligustino Lake on which Seville’s rice fields grow.  Flora such as juniper, heather, pine, cork oak, and fauna such as the Mongoose, common partridge, Iberian lynx, flamingo, Imperial eagle ... and a wide variety of migratory birds on African and European routes. They constitute some of the most impressive areas to contemplate and enjoy the pleasures of nature.

The Sierra reveals areas of natural beauty throughout the territory, with holm and cork oaks, and large scrublands that create the rugged mountain landscape, leaving the rockroses, rosemary, thyme and aromatic flowers to the lower mountainous areas. Another area of ​​mountains transformed due to the exploitation of the environment, are the pasturelands and olive groves, which are accompanied by a rich diversity of flora and fauna. The pasturelands provide food and habitat for the Andalusian horse, bulls, pigs, and other livestock.  Another unique agricultural exploitation is the olive grove, the focal point of Andalusia’s tree cultivation industry, the olive tree, and its domestic variety the “acebuche” or wild olive. Oil, olives, mills, olive groves are products that a renowned all over the world. The hacienda, inherited from the Roman villae, is the building par excellence of the Andalusian countryside, which in the 17th century experienced a transformation to become the great landed estates of olive groves, vineyards, cereal crops, livestock, and so on.  In this type of construction, the urban cult architecture overrides popular tradition, so that this type of construction would be named a cortijo or farmhouse only if it has cereal crops.  In the towns and villages throughout the province there are frequent woodland groves, parks and gardens, colourful flower pots and, of course, bitter orange trees, without forgetting those trees that originated from America, palm trees, Ficus  and Magnolia trees, showing our visitors an original formula of the autochthonous gardens such as the Sevillian courtyard or patio.